Reliefs of the University of Navarre Clinic

Chapel of the University Clinic of Navarra.

Reliefs inspired by the Italian Baroque, made in collaboration with the artist Cody Swanson, sculpted in alabaster, a material with a long tradition in Spain where it is highly appreciated for its beauty and particular warmth. The Visitation is represented in the left relief, highlighting maternity, which this hospital specializes in. The Visitation shows that the Virgin Mary attentively listens to God, but also to those in the world, as represented by Elizabeth. The mission and different expressions of Charity are the overarching theme of the entire Triptych. According to this iconographic program, the relief on the right depicts one of the numerous visits that young Saint Josemaría Escriva made to the sick at the Hospital del Rey in Madrid. On the right, there is a vase of flowers representing sufferings and prayers that the sick offer to God. The third and central relief depicts Charity in its ultimate expression by portraying the Holy Trinity. The complete image draws a parallel between the Trinity in Majesty and the Holy Family, whom St. Josemaria often referred to as the image of Trinity on Earth and whose lives are a sure path to reach God. 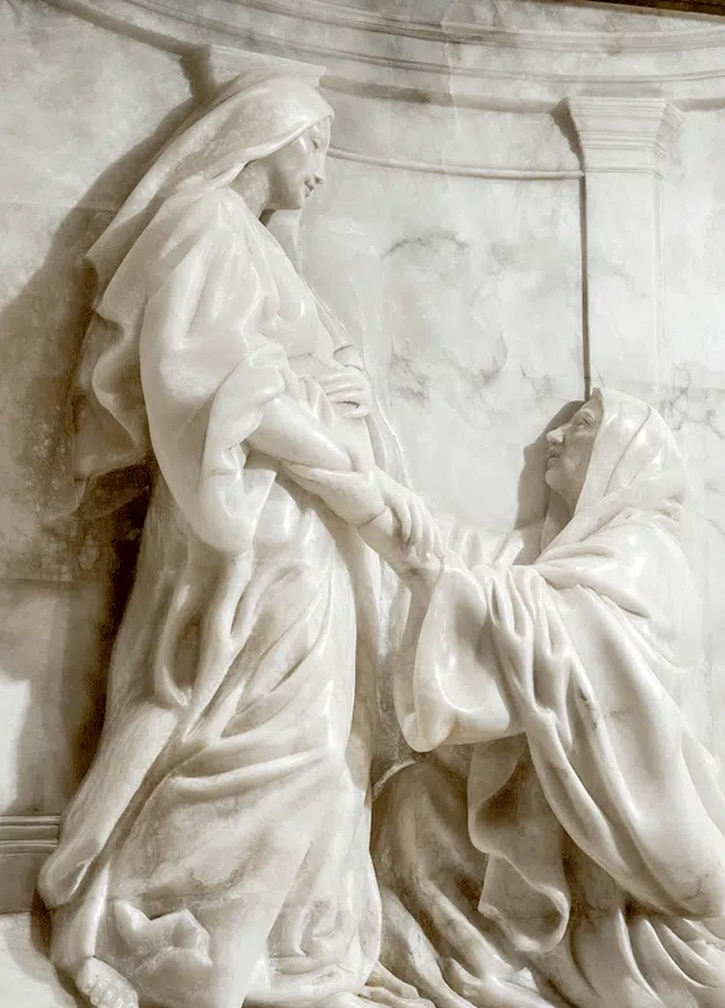 At Granda we seek to encourage devotion. Personalizing each piece and giving unity to all the elements helps to inculturation, to transmit the message and to move the devotion of the faithful.

If you are interested in restoring a piece, creating new ones or carrying out an integral project, fill in the form indicating your preferences and we will call you within 48 hours.

Adoration of the Magi